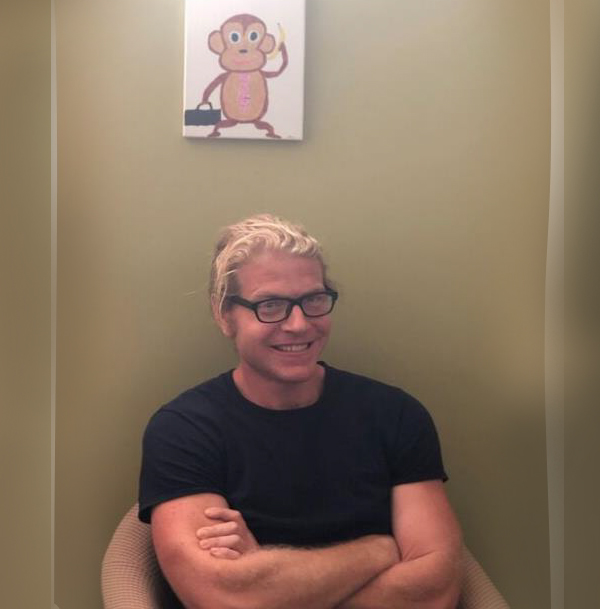 I was never careful, I’ve never been safe. The drugs and the needle came first. I didn’t care about anyone or anything but getting high. It is such a miserable way to live. I don’t know how I ever did it to begin with. It’s not fun. It’s like living a lie. Actually it’s not living at all. It’s meaningless. But as long as I thought I looked good, I never believed that I had a problem.

The only reason I got tested for HIV in prison was because it got me out of my room for a little while. They gave us food, some attention and we got to watch TV. At the time I was surprised to learn I was HIV positive. I took my medication in prison, but that’s because they made me. The minute I got out and started using again, I stopped taking my medication.

I’m unworthy, what’s it going to matter? I’m a convicted felon. I have HIV. There’s no point in trying to get better. This lifestyle is a vicious cycle and the minute I felt depressed I dove deeper into drugs and escorting to pay for the drugs. I was whoever you wanted me to be for the time being so that I could get what I wanted. Living on the streets I had so many different personalities. Deep down, I was utterly and miserably alone.

When I was finally brought to a treatment facility I couldn’t walk straight. I couldn’t even form a sentence. I didn’t know what was real and what wasn’t. But while in treatment I got to sleep. I was able to let my body recover without being judged for being busted up. It was here that I finally met other people with HIV, other people addicted to drugs, that I realized I could get better. That’s when I started to care and I was finally able to acknowledge that I had a problem. I had lost everything and it finally hit me.

I’m in the efforts business not the outcomes business. I just do the next right thing and work hard and whatever’s going to happen is going to happen. I did what I did but it’s in the past. I have to focus on me and stop worrying about the outside world. I can look myself in the eye now and I can look other people in their eyes. I’m even back in college studying psychology. The opposite of addiction is connection so I’m putting a lot of effort into making solid connections with others. It’s not easy but I’m finding what works for me. The best part is, now that I’m not using, I take my HIV medication every day. It’s been a long road, but I am proud to say that my HIV is now undetectable. I no longer think of myself as damaged goods.