Blowing Up The American Dream 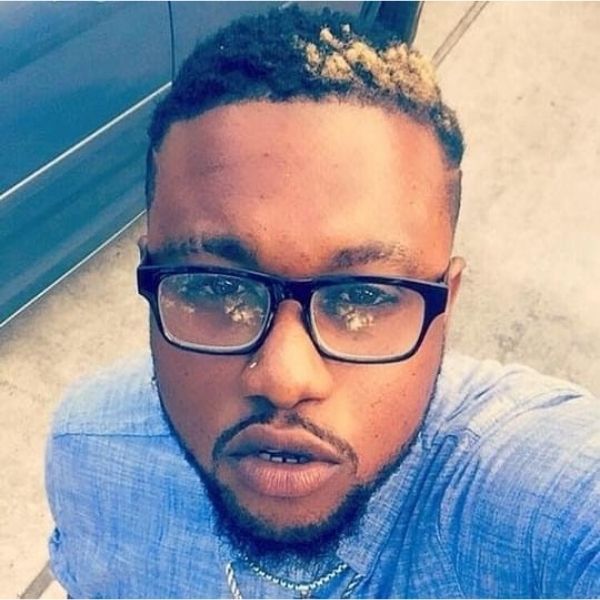 Here I am with a mind filled with thoughts and a stomach filled with knots, or maybe it's the gas; or maybe it's the thought of sharing a piece of myself with you guys, and my eyes constantly filled with tears. As a young man I managed to learn the values of working because of my mom. We (my sister and I) would go meet up with her to help her clean several classrooms she had at an elementary school. Did I like it? Hell no! But did she need the help? Hell yes. She was doing that for us. She was always trying to give us what she didn’t have and there were days I felt like it was never enough. I was a major spoiled brat.

I've been introduced to many things that haven't been beneficial for my health nor for my mental stability. And, on the flip side of the coin, I was also introduced to things that have been beneficial. The USA was presented to me in 2011 as a place to find a better life. I lost my job after a major recession hit The Bahamas. l couldn't continue my mission of obtaining my associates degree as a Registered Nurse during that time. I couldn’t ask the government for a loan because I was considered a foreigner in the country I was born and raised in because even though I was born there, my family was of Haitian descent. When I moved to the USA in January of 2011, I managed to find a job as a construction worker. No ma’am, I hated that job. A year later, I found a job as a cleaner at a Haitian restaurant. I was saving my money and taking steps to becoming a part of the USA. At this point, I didn't know what a flu or cold was. I had no choice but to take those words out of my dictionary. The only phrase that I became familiar with was “work to survive.”

Two years later, my brother-in-law introduced a new job to me, being an electrician. I was given the opportunity to learn something that was going to benefit me. I didn't think I was going to like it, but I grew to love it. I picked up the skill of an electrician apprentice. An electrician apprentice of all things!  I was introduced to several illegal substances and my addiction grew. 2016 was a crazy year- and yeah, my mother was right about getting high. At one point you will want to get higher and higher; in the process of becoming higher, I started to seek other drugs.

Seeking help for my drug addiction began in 2016. To see a young man like myself fall prey to drugs was hurtful, embarrassing and a huge disappointment. The man I once envisioned when I walked off that boat onto US soil was becoming a bum right before the mirror I looked at. With my comedown from my highs I allowed the words of people to cut me deep. And when my ex stood in a crowd and sung from the top of his voice that I did coke and shot up meth. My life just flashed. I was suicidal. I was homicidal. But God saved me that day. It was October 26, 2016. This was my first arrest. As time passed, I realized that this was a blessing and this was God’s way of saying, no I’m not done with you, you are going to become this man I envisioned when I created you.

In being honest, I am learning to deal with my feelings and emotions in a healthy way. This is my third time at Broward House; before, the first time I got admitted here, I didn’t want to stop, and it was only trying to get rid of the consequences of being arrested. My thought then was to get these charges dropped and go back to using because I became accustomed to drugs. Just to be honest, I loved the drugs, but the drugs never loved me. It only brought me to self-destruction. The highs were good to the point I thought this is what heaven must feel like but after that I was dragged through hell.

The second time I was at Broward House I was gung-ho for recovery but the mistake I made was getting into a relationship that led me to almost being killed. That relationship became abusive real fast, and with that I got kicked out. This was 2018. I'm 30 years of age, and I've yet to find a place to call home. I've yet to find happiness, I've yet to find a month go by without me crying myself to sleep. Or seeking a high to get me out the world of the living. Truth is I was tired, and my options were few. I was seeking work everywhere but never within myself. I was seeking love and validation everywhere but not within myself. As days turned into weeks, and weeks into months, and months in to 2020 I discovered I was losing faith. I've lost strength, but I could never lose the drugs. My soul was one of two things that kept me going, and the second was my will to survive and in surviving I had hope. Hope that I am going to thrive because I refuse to die in such a manner. I've discovered it's time for me to stop playing these games. I'm desperate, and I will continue to seek help. Right now, I realize that honesty is my friend. Today I am back here at Broward House where the road to my recovery began after jail. I am seeking a path. A path to get a better education, a path to learn a new way of life, a life without drugs or any mind, mood altering substances. That includes relationships. My counselor (Tom) once said two broke cookies can’t make a whole it just makes crumbs. Just saying. I must start becoming my own friend and loving myself and with that the friends and relationship will come. If I can’t love myself, I sure in hell can’t love you and if I can’t save my ass, I won’t be able to save another. Not yet anyways. I was a perplexed young man, not knowing where I was heading, not knowing who or what I will become in the next five years. But now I’m learning my purpose.

I am shy, quiet, and never disrespectful, unless I am provoked. I am a unique person. I guess everyone is unique in their own special way, but I have been through a lot. That might make me a bit sensitive, but I seem to manage. Even though I am knee deep in problems, whether my family or mine, I am here on the path to reach greatness. When I was in active use, I didn’t care about them and now I’m learning a new way of life. Now, I am basically working on me. As I continue to work on myself, I am bringing my self-esteem up. I used to think I need a bump to have confidence. I used to think that I need to shoot up just to have sex, but that’s not true at all. I do love drugs honestly, I do. But I don’t like the person I become with them, if I did like the person I became while using drugs, I wouldn’t constantly want to kill myself. I’m noticing that people I meet are truly a reflection of who I am inside, the good, the bad and the indifferent. The moment I began accepting myself I was able to accept people around me. I may not care for the indifference, but I accept you. I’m just on my Cardi-B at times “if I see you, I don’t speak....” I made a promise to my younger self and this is my promise to you; I promise you I'll become the man I saw when I touched American soil. A man of integrity, a man of courage, a man that was destined to become greatness. I won't let you down and I do ask your forgiveness.

Roger Baldwin once stated, “I have been travelling all of these years, and I’m still travelling hopefully and so is the world. And someday though the road is hard the GOAL is clear.” I strongly keep these words close to my heart, it motivates me, and it helps me to know that I am going to become something; I am going to make a name for myself.

The first step to making change is to start off with oneself. If I want to see change, I must become change. I must reach my full potential in life and to make a positive impact on people around me. I am here now utilizing this opportunity. I now have a chance to spread my wings and fly out of the coop I am in. I am going to make a change in my society. With all the things I’m learning now, I know I will be able to enter a future that is truly tangible and not just talked about. A future where I can make a difference, where I can become a living testimony for those in my predicament. Today I continue to step out in faith. Faith in who I am, faith in my therapist, faith in positive people around me and faith in my family. And most of all faith in God. Because, let’s be real I put them on a roller coaster ride of emotions when I was using. I am certain the decision to become clean and sober will change my life forever.