We are in this Fight Together 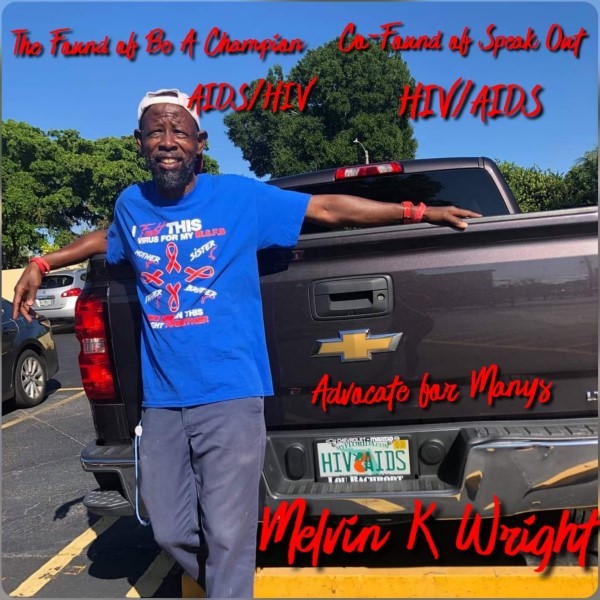 It's been 26 years since my sister passed. My sister got it from a guy that came out of prison. She was 33 when she passed, I was 34. My sister was the first. My hero was the second, that's my dad. Then my dad’s brother, my uncle and then my stepmom. I guess what hurt me the most was for my father to get it. Being into the church and making us go to church 24 seven and you go out and do this to yourself and then you give it to someone else. Gosh, that's a hurtful thing to do you passing it on to someone else. My stepmother passed maybe about five or six years after he passed.

It became a passion for me. I used to, I questioned God, why me? Why me to do this fight for HIV/AIDS. Then I prayed about it and I said, why not me? That was the journey.

I'm the yard guy at Deerfield Beach High School. I started seeing condoms laying around the school. I went to the school’s principal and I said, can I start an HIV/AIDS club? He said, no problem. I don't see why not; you have to check with the assistant principal. He oversaw activities at the school. I went to him and he said, when do you want to start it? I said, right away. That's how the Speak Out Club began. The club is needed because the students don’t have the knowledge, they don't know how HIV/AIDS is transmitted. Now my kids in the club do research and ask questions. People go, ‘Wow’ because we are the only school in Broward County with an HIV/AIDS club.

One thing about my kids in the Speak Out Club, they ask questions about HIV/AIDS and want to know more. What's good about the club is you have two sides. I bring in people to educate them that are living with the virus. Then I bring people that are not living with the virus, but they know someone that is living with it or passed away from it. That's how I educate the kids. A lot of them take it home and they go outside of the club and teach and tell others about it. They leave me quotes and good messages and tell me, Mr. Melvin if anything happened to you, the club is in good hands. No matter what, we have got to support them. We keep the conversation going through education. It's about supporting others. I like that I can help people living with HIV/AIDS and I can help the kids. That's most important to me. It's helping the kids. They are coming behind us and if it’s not cured, they have to be the one to advocate and teach.

We have to share each other’s stories. This is one of the reasons I am a Peer Advocate for Broward House. People are afraid to talk about HIV/AIDS because of the stigma. They feel they don't have that support. You might want to hold it in, but you’ve got to share your story. I have people in Africa in my inbox asking me questions and sharing their story with me. A lot of people think I'm HIV positive, but I'm not. I'm doing the fight for the four family members I lost. My thing is, I refuse to lose any friends, any family members, any kids in my Speak Out Club to HIV/AIDS on my watch. I'm educating you on how to protect yourself. That's what I tell my kids. If I hear any one of you get HIV/AIDS, it because you choose to. You got the education. You've seen somebody that is living with HIV/AIDS and you have people coming from the Health Department to teach you. There's no reason for you to get it.

I was riding down the road and it came to me out of the blue and said, I don't know how I'm going to do it, but I guess God is going make a way. I want to get my own building and people living with HIV/AIDS, stay in it free of charge. That's my goal. But that's a lot. It may take a long time, but as long as I have the Lord up above, I know I can do it. Like, I always say, we are in this fight together for HIV/AIDS and I am hopeful to end the fight so there won’t be a need for any more stories.