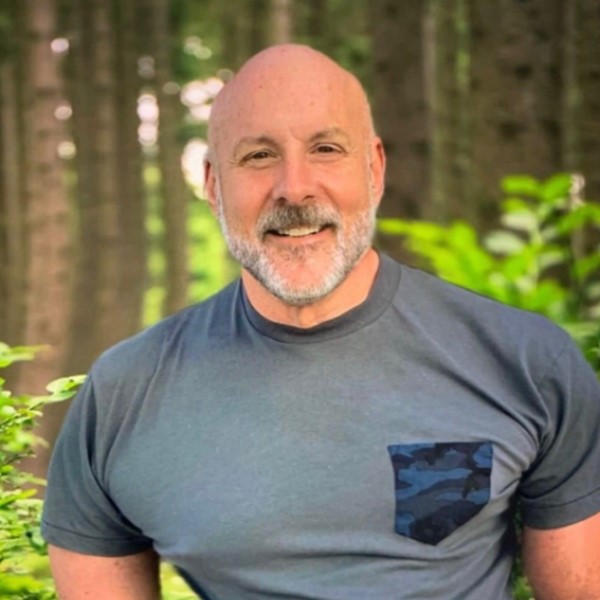 I had a lot of fear around acceptance. I felt like I wasn't, or wouldn’t, be loved; or people would treat me differently. I struggled with my sexuality later in life and had been suppressing my feelings. I didn’t know if they were real, and I didn't know how to get out of my marriage at the time without hurting everyone. I moved out of my home and started to experience my new world. A lot of individuals were using drugs. I didn’t want to accept or just be who I really was. The drugs were a way of escaping my own thoughts. That actually just made my situation worse.

I was working a part time job and there was a physical breakdown in my body to the point where I would go to work, come home, get in bed, and stay there without eating. I had lost an extreme amount of weight. My body was slowly shutting down. I was in the hospital very sick. They ran an HIV test, and it said I was HIV positive. At that time, the diagnosis was AIDS because of how sick I was. I was relieved when the doctor gave me the diagnosis. At that point, I didn't grieve. I wasn't upset. I just took the information. I had thought for a long time, I probably had HIV. I never got tested. Part of the reason I never got tested was because I didn't know what I would do.

I wasn't getting treated for the HIV immediately in the hospital because they were figuring out my treatment for the other infections. Everybody was really worried about me. I had to tell them what was going on and I disclosed that I was HIV positive. My daughters, who I was most worried to tell, said ‘dad, we just want you to be healthy and happy.’ I think they did a little education about HIV for themselves and realized the severity of what I was dealing with. By letting them know my status, it was also an opening to share that I was gay. You don't have to be gay to be HIV positive, but for me sharing my HIV status opened a lot of doors of communication to talk about my sexuality.

When I tell people, like friends from college, they tell me that I would be the last person they would ever expect to get involved in drugs. I kept my sexuality from those friends for years. When I finally revealed to them that I had been through treatment and what my diagnosis was, they were shocked, but said that they loved me for who I am. It was a secret I kept to myself. They would have been more than willing to help if they knew.

My own personal fears kept me from being honest about my sexuality and getting tested earlier. It was stupid for me to be playing out there and not know, but I guess ignorance is bliss. It was like if I don’t know, then I don’t have it. If I'd found out my status earlier or stopped using drugs, I would never have gotten into the situation I got into where I was sick. Now, I can share information with other people, empathize with their situation and offer hope to others.