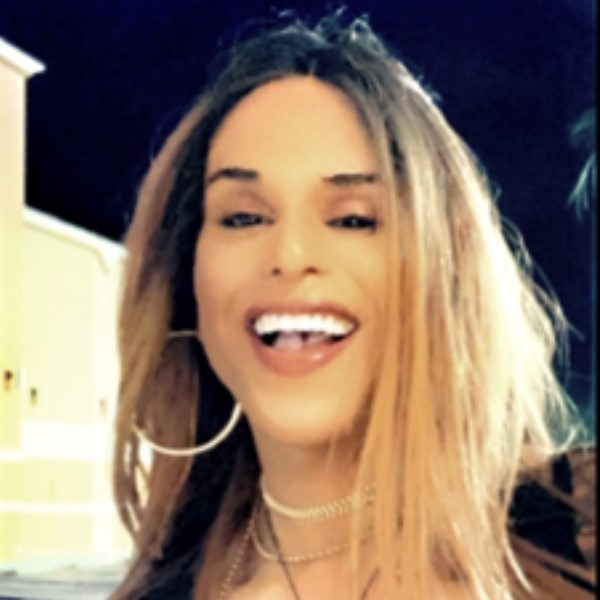 As early as I can remember, I always felt like a female. I started to voice that to my family; anybody that would listen. When I would do that, I would get beaten. In Miami, when I started school, I remember telling the teacher that I was a female. People would ask my parents, is that your daughter or your son? Things that I wanted to do, like play with dolls and hang out with girls, the way that I spoke, walked, everything always came with humiliation, ridicule, and abuse. My parents sent me to Puerto Rico to live with family thinking that maybe it would help me be more manly. I had never been there, and the abuse was worse. One day I received a vicious beating from some teenagers. They started calling me a faggot. I started to mouth off; never in a million years thinking strangers would put their hands on me. They beat me unconscious and hid me behind bleachers exposed to the sun. I woke up with second degree sunburns. They left me for dead. I decided from that moment forward, I was no longer going to be feminine. I was so traumatized. It took away my everything.

When I got back to the states I went to school with the same kids from before I left. Despite trying to act manly, they made fun of me. By 14 years of age, I was completely suicidal. I felt I was a mistake, an embarrassment. By the age of 16, I had a growth spurt and started puberty. I decided I was going to try to imitate men. And let me tell you something, I got it down pat, walked like them, talked like them. I would catch myself every time I did anything feminine. We ended up moving to Broward. A fresh start. I really pulled off my new persona. In fact, I pulled it off so well that I blocked out the memory of ever identifying as a female, of that vicious beating. Kelvyn grew to be extremely popular, loud, and loved attention.

Then, four years ago, I was skateboarding to work and got hit by a car. When I woke up, the first thought I had was, I'm not this person. I'm a woman. My friends noticed I wasn't acting like Kelvyn. This other person was taking over. I thought I was losing my mind. I started getting my memories back from when I was little, and it was traumatic to remember because it was like reliving it and I couldn’t believe that I had forgotten. I checked into a medical institution to get help. I was set up with a team of neurologist. I thought they were going to fix me, and I was going to be Kelvyn when I get out.

Later, I met with all of my doctors. They had pictures of brains and explained to me, see when this brain was given this task and lit up in this area and this brain didn't. They said, this is a male's brain, and this is a female's brain. I thought, oh, where's mine? They said, yours is the females. I remember feeling many things, fear, relief, because I finally knew what was wrong. I felt validated. I asked them if they could fix me. They told me I had gender dysphoria as well as PTSD. People will often say “Oh, so you're blaming your transition to a head injury.” No, but I did have brain damage from the beating, and it does affect stuff like this. I had just hidden it deep inside.

To someone experiencing these feelings, try it in your own space at your own pace. I was literally wearing a dress with a beard. I was like, I'm not going to shave my beard until I know. I was afraid of ridicule. Now, I want to share my story and encourage others to be strong. I used to think that Kelvyn was strong. To be honest with you, he was extremely scared and weak because he had to have all these tattoos put on him, all these muscles in order for people to be intimidated. I'm much stronger than him. It takes a lot of strength to do this. I do it with grace and pride.