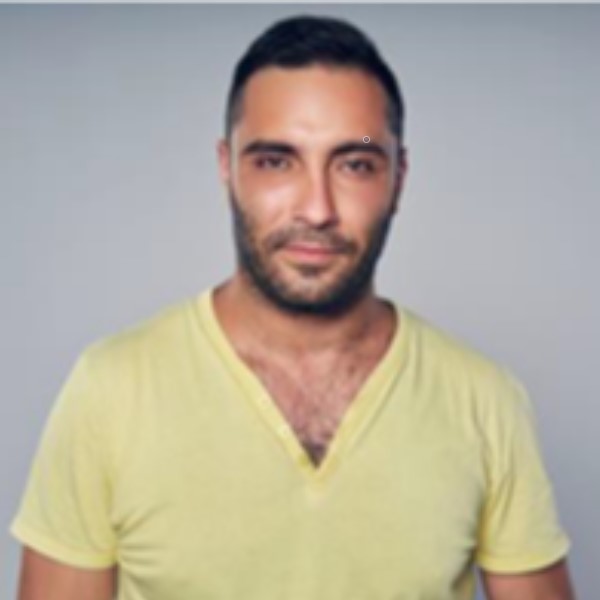 I was diagnosed in 2005 with HIV at the age of 27. I am gay and I am Cuban. Growing up in Cuba, being gay was not easy because of the stigma. People were not accepting of the gay community like here in the United States.

While in Cuba, my lymph nodes were swollen, and I had a severe flu. So, I went online and searched for my symptoms. I had the feeling that I may have contracted HIV. I was terrified because, in Cuba, if you have HIV, you will be put in a clinic and isolated from your loved ones. There is no confidentiality in Cuba, and everybody will know your status. It’s a total violation.

My mode of transmission for HIV was through unprotected sex. I knew that having unprotected sex was always a risk. There wasn’t a lot of knowledge about HIV in Cuba. It's also not like in the United States where they provide condoms and promote safe sex practices. Ultimately, the guy I had sex with died from AIDS-related complications.

Eventually, I got the chance to move to the United States. I met a guy who worked at Mercy hospital as a medical case manager in Miami. I took an HIV test at Mercy. I pretty much knew my results, I just needed to confirm it.

After my diagnosis, initially, I panicked and freaked out about my results. However, I decided to read more about it and try to educate myself. Later, I was able to work as an HIV counselor because I wanted to help others that were going through the same situation. It really helped me deal with and accept my status.

I wanted to help others understand that it's not that bad. You just need to take your medication, keep up with your doctor's appointments, and keep a healthy lifestyle. I feel that people who are living with HIV have better medical care than most people that are HIV negative. We have Ryan White coverage as well for us to keep up with the medical appointments.

Today, my regimen is that I take one pill a day. I take it at the same time every day after my breakfast. Due to my age, I am 45 years old now, I knew that I shouldn’t get to the point where my body is compromised. I make sure my numbers are in great shape. I am also undetectable because of my medication management.

Currently, I’m staying safe by practicing abstinence. Sex is not one of my priorities right now but if I do engage in any sexual activity, I will be using protection.

I would say to anyone newly diagnosed to not avoid the fact that you are positive and try to learn as much as you can about it. It will make you feel better. HIV is not going to kill you. HIV is treatable. It's very easy to maintain your health and get your labs checked regularly. It’s very important to stay in care.