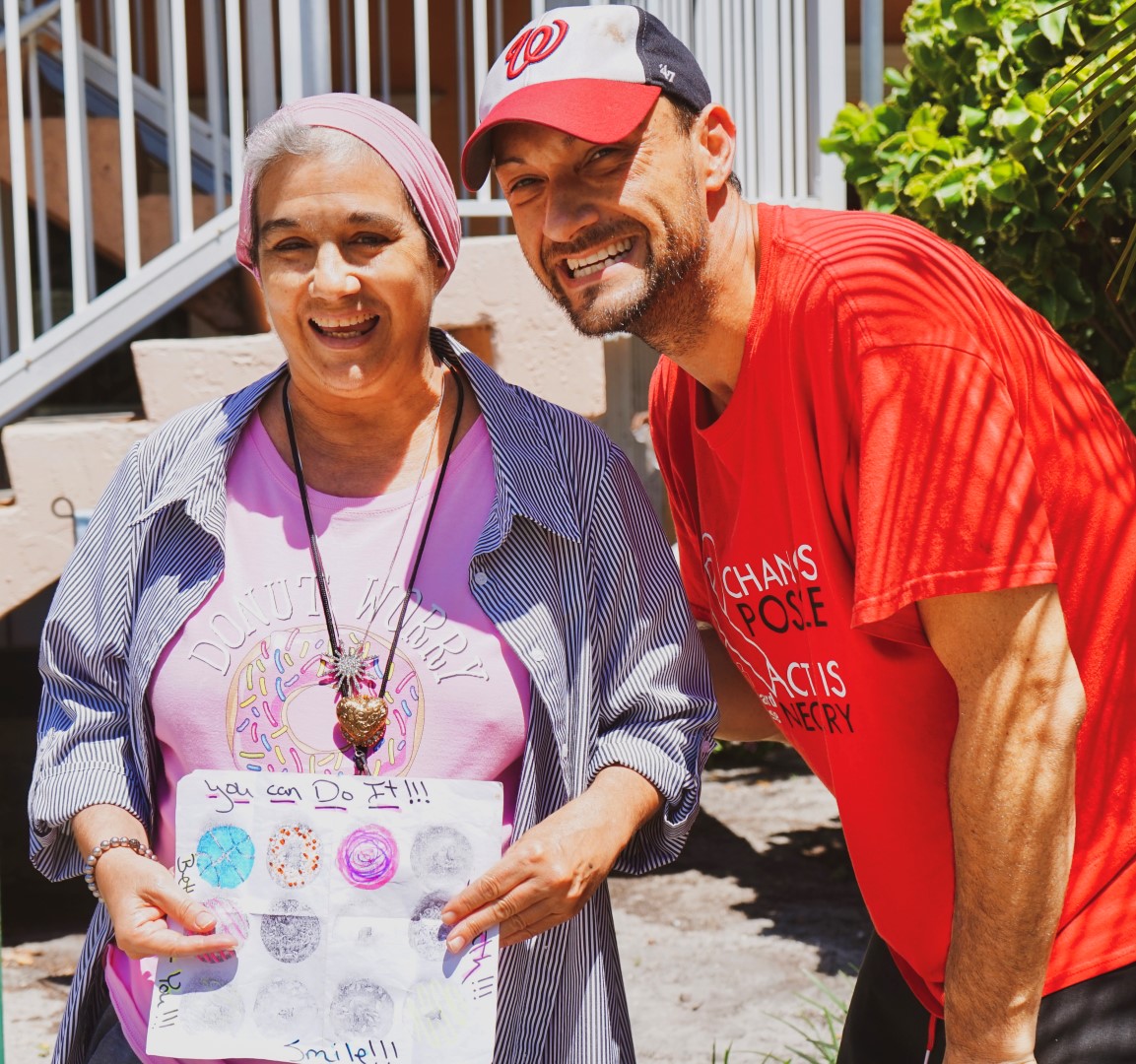 She imagined herself floating through the middle of a gigantic donut with pink icing and sprinkles...

This is how Lizaa finally overcame her fear of going into the big, round MRI machine. For over two weeks, she had been trying to lay down on the MRI table for a necessary brain scan … without which her doctor had put her cancer treatment on hold.

The tale of the giant donut began one morning at breakfast in the Broward House dining room. On that day, Chef Chad noticed Lizaa sitting at a table rocking back-and-forth and tapping her feet. Even though he had only known her for a month, he could tell she was frustrated. As he walked over to find out what was going on, he remembered how he had first met her – he’d been preparing breakfast when a tiny head with a big smile suddenly popped over the counter window and said, “Hi! I’m Lizaa! Lizaa with two a’s.” Her giant smile warmed his heart in that moment – as it does with everybody she encounters – but today she wasn’t smiling. “Lizaa, what’s wrong?” Chad asked.

Because food is a common need that is shared by everybody, Chef Chad interacts with the residents of Broward House almost daily. Over time, Lizaa shared with him that she was at Broward House for medical respite because she had a cancerous tumor removed from her brain. She was re-learning skills like brushing her teeth and tying her shoes, but also struggled with things like even remembering what shoes are. Chad could see why anything new terrified her.

When Chad went home that evening, he came up with an idea to help Lizaa. First, he printed some donut clip art he found on the internet. The next day, he and Lizaa sat down together to color them with some highlighters he kept in the kitchen. After they finished, he asked her: “Now, do you know why we colored these donuts? Because of that big round MRI machine that looks like a donut!”

For the next four days, “How are the donuts this morning?” became their greeting to each other. At Lizaa’s next appointment, she was able to successfully complete the MRI and could finally move forward with her cancer treatment. Chad later found out that the hospital staff let her keep the donut

picture with her when she went into the machine. Lizaa now takes it everywhere she goes, and looks at it whenever she’s feeling anxious.

“It’s incredible how a little word or simple thought can completely change somebody’s outlook. To realize that a piece of paper covered in donut pictures could help Lizaa overcome her fear is humbling for me. It’s made me more grateful for life in general and for those I have around me, because many of our residents didn’t have that kind of support before coming to Broward House.”

Lizaa found her person in Chad, and then found her courage at Broward House. Sometimes, our courage to take the next step is just a person away.