Stories Of Promise - Protect Yourself At All Costs 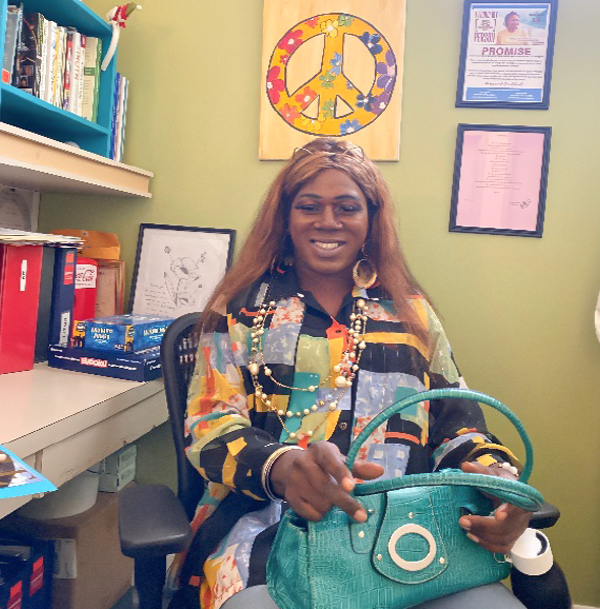 The words, “You’re HIV positive,” changed me instantly because I had no idea what I was about to go through. My name is Katara, and I’m a beautiful, 33-year-old trans woman from Fort Lauderdale. When I was diagnosed with HIV, I broke down really bad. For me, not having HIV was something to be proud of because of the stigma of everybody saying, “You’re gay, you’re gonna get HIV and AIDS.” So when I found out I had HIV, I felt dirty and nasty inside like I was a cockroach that needed to be stepped on.

The thing is I had been using condoms, but it only takes one time. I was in between escorting and having a boyfriend. As an escort, I always used condoms, but with this boy, I didn’t. I didn’t know him well, but he told me he would never hurt me. When he looked into my eyes and said we didn’t need to get tested because he didn’t have HIV, I was like, “Okay, baby, I trust you.” But the relationship became rocky, and I found out I was HIV+ after he left me. I was not thankful for what I was left with - I felt like I laid down with a dog, and I got up with fleas. Fleas go away, though. HIV doesn’t.

Being HIV positive woke me up. In the beginning, it was a dark place, but I had some great friends who were determined not to give up on me. My gay mother, Mr. Will, would let me lay my head on his chest and keep repeating, “Baby, it’s not a death sentence like it used to be.” It’s true. Now I tell anyone who’s been recently diagnosed, “You’re going to be okay as long as you take care of yourself, stay in treatment, and use condoms to protect yourself and others.” We get this disease as a lesson to take care of ourselves, to not be foolish, and to not so easily give away our trust or essence. I’m not seeing anyone right now, but since I’m HIV positive, it would be important for me to protect my partner as well as me. If I ever meet someone and we decide to have sex, I would disclose my status first, and we will definitely use condoms. Nowadays, you have some people who like to go “bareback” and will not have sex with you if you want to use condoms. It’s very true, very real, and sad! If that happens, I tell people to hold your head up, be strong, walk in your pride, and protect YOURSELF at all costs. ALWAYS use a condom. NEVER LET ANYONE not use a condom with you.

I can’t tell you how many times I’ve had sex with people to get them to love me, and I can tell you it doesn’t make them love you at all. Love is when someone falls in love with your personality and who respects you when you tell them you want to use a condom. So be with someone who loves and respects you for you. To my trans people and all my sisters and brothers, if someone doesn’t want you in the light, then you shouldn’t be with them in the dark. Keep your smile big so they can see your personality shining on the outside. Keep your head up high and walk with confidence and grace as the beautiful unicorns you are!