Stories Of Promise - The best is yet to come! 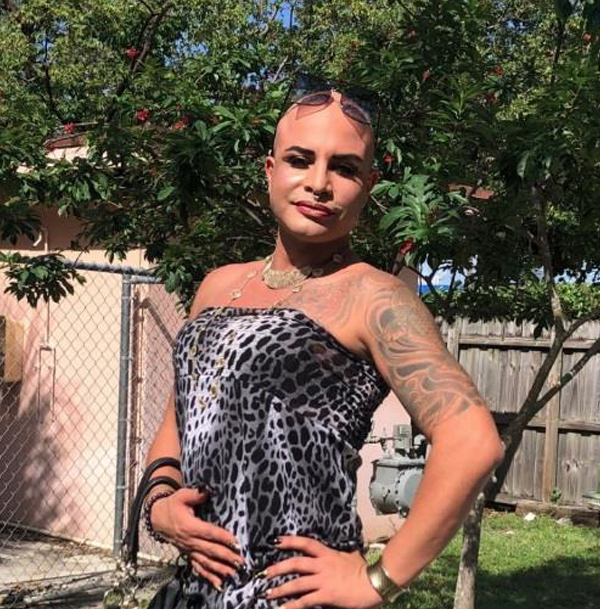 I always knew I was different. Growing up, I was an alien compared to other boys my age. I remember when I was eight, my Mom had this beautiful dress and I would always encourage her to wear it because I thought she looked so pretty in it. She knew it was my favorite dress of hers, but what she didn’t know was when she left for work, I’d put that dress on and walk around the house like I was living my best life!

I felt like an outsider but as I got older the transgender community welcomed me with open arms. I loved being part of that world, especially the nightlife. Unfortunately, there’s an ugly side to that lifestyle and because I was the type to try anything once, my curiosity eventually led me down a dark path filled with parties, sex and drugs.

When it came to love, I didn’t know what it meant to be in a healthy relationship and I ended up in this vicious cycle dating men who were no good for me. There was one toxic ex that would unfortunately alter the course of my life forever.

During that relationship, I found out he was cheating on me and out of jealousy I invited someone over to have sex. He said he was undetectable and I took his word for it. It wasn’t until I started experiencing symptoms that I began to worry about my health. After having a fever of 103, I decided it was time to go to the doctor. I’ll never forget, it was May 1, 2017 when the doctor confirmed that I was HIV positive with a viral load of almost 5 million. After a few days, I was able to break the fever and begin treatment.

I wasn’t able to cope with my status at first. I went into hermit status and became such a horrible, mean person. Two years after my diagnosis, I finally snapped and couldn’t take it anymore. I had to confront my feelings about being HIV positive and in that moment, I was ready to surrender all – the parties, the men, the drugs, and anything else I was using to help me to escape.
I went to a treatment facility where I knew I could get the medical care and support I needed. I learned to address my feelings about being HIV positive and stay on track with my treatment so I could remain undetectable. I had to come to the realization that I acted out of anger that night and I wasn’t being as safe as I could have been when I invited that man over. I put my health in his hands instead of taking control of my own sex life. I’m not in a relationship right now but in the future I plan to be honest about my status, stay consistent with my medication, and make better decisions when it comes to sex and my health. I know this journey won’t be easy, but I do know the best is yet to come!