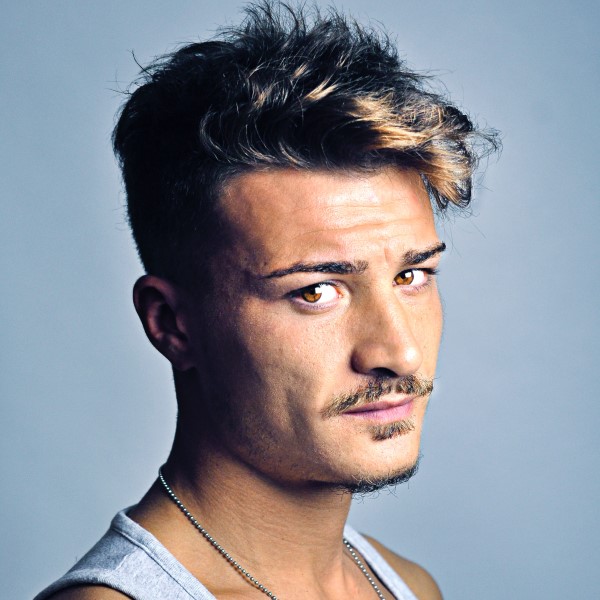 I was in jail at the time. I kept getting sick and I was having all these symptoms. I didn't know what was going on. I kept on putting sick calls in to go to the clinic and they couldn't figure it out. Then, I saw a sign in the hall for free HIV testing. I asked to take the test. A few days later the doctor said, “you tested positive for HIV.” That's it. I wasn't really educated about HIV in any way. The doctor said, “you're going to take these two pills and you'll be good.” I didn’t even really know what the pills were for.

I didn't know anything. I was uneducated. I thought having HIV was nasty. If anything, I thought it was the end of the world, or at least my sex life and my love life. Nobody's going to want someone that has HIV. I just didn't want people to think I was dirty or think that they were going to get it from me. When people think of HIV, they think of something similar to COVID, and you’re going to pass it on just by touching me or breathing the same air I breathe.

I had to get educated on the whole virus and being undetectable. I didn't know what undetectable meant. When I went to Broward House there was a group session in progress and I had never said I had HIV out loud before. My counselor asked me about my diagnosis in the group session. I said, “oh, my diagnosis?” He asked, “what's your diagnosis?” He had to pull it out of me, that I'm HIV positive. I wasn't the only one in the group who had HIV. For the first time, it made me feel okay with having HIV. That's what I've learned in treatment the most. It's okay. Coming here and just hearing everybody else's story. Everybody comes from different parts of the world, different parts of the country, different backgrounds. They have HIV and they're all okay with it. There are people that have had it for 30 years and they are okay with it. That makes me okay with it.