Stories Of Promise - From Self-Sabotage To Self-Care 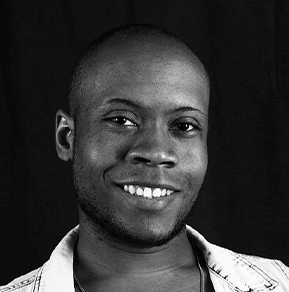 It was April 14, 2006, I was sitting in the UCF campus clinic only a freshman in college when the doctor told me I tested positive for HIV. The doctor from the clinic sent my information to my health care provider so I had been expecting a call. What I didn’t expect was to be judged by the person who was supposed to help me.

I guess he was having a bad day or something because the first time he called, he immediately started chewing me out, “What were you thinking sleeping with all these men” and just dogging me out. Thirty-two seconds. That’s how long it took for him to call back. I was in tears but I remember because I had to count to calm myself down. It was the health care provider calling to apologize for what he said minutes earlier. He was like, “Oh my God, I just did the math on the year you were born. You have to be 18 or 19. I’m so sorry for what I said.”

Even with his apology, what he said hurt me so bad I avoided doctors for a year. That changed when I met Corey. Corey was my first boyfriend and the only person who knew I was HIV positive at the time. As we were dating, he kept insisting I start medicines but I was against it. Taking medications would only remind me I was HIV positive. I was in straight up denial and refused to even talk about it. One night, I had gotten really sick and Corey wanted to stay the night with me. The next morning we woke up in a lake. I thought I pissed myself for a second, but the bed was filled with sweat. He looked at me and said, “You sweated this out overnight. I don’t care what you say we’re going to the doctor.” That same day, we drove to the doctor’s office together. From there, I was prescribed medicine and was able to start treatment. As much as I hated going to the doctor, I thank Corey to this day because he’s the reason why I take care of my health.